Gok NineMSN take over was one of the campaigns I worked on at my time at Big Red Digital Group for Target’s GOK campaigns. It consisted of a full page take over on NineMSN’s home page and a microsite that could be launched within the Ad unit.

The Ad initially showed a transparent video that was specifically shot for the ad then animated onto the page.

The user was able to launch a microsite that replicated the functionality of the main site on Target.com that was launched at the same time.

The projected was built in FDT then migrated to Flash Professional to intergrate with the Mediamind platform. Assets were loaded into Amazon Cloudfront to distribute the demand of the unit. 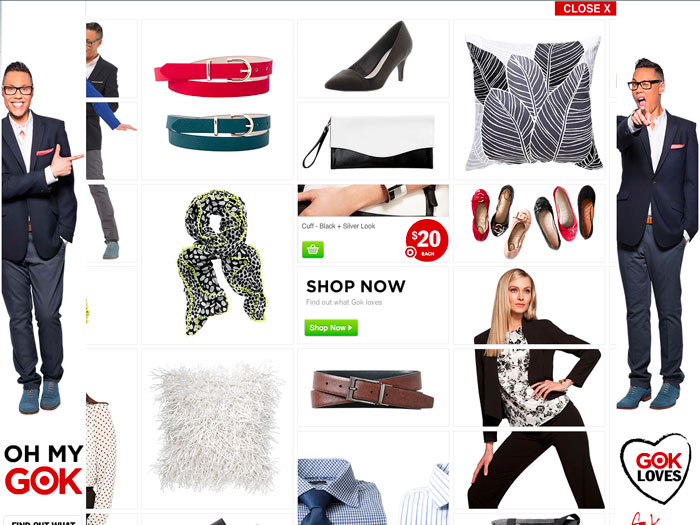 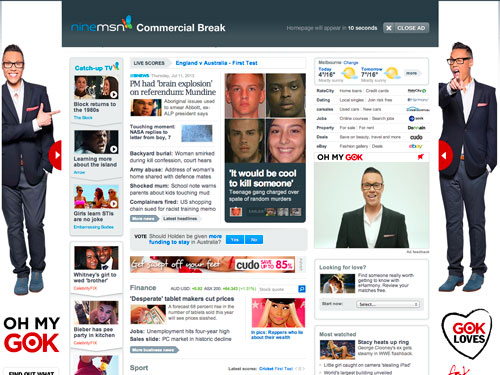 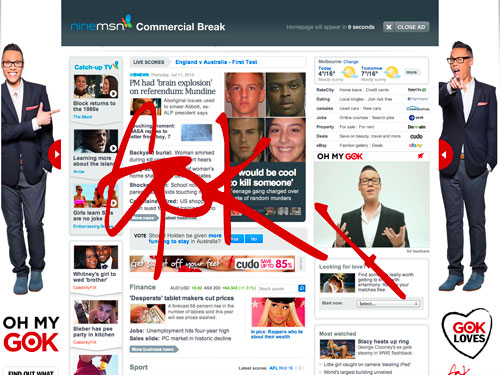 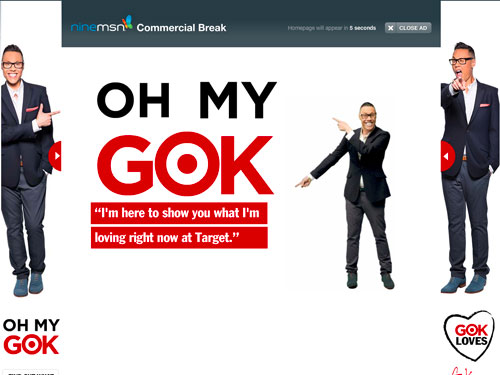